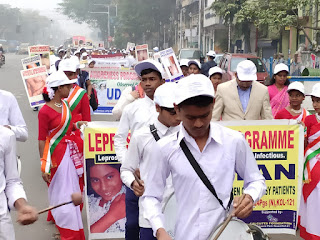 Once again, the children of Udayan, staff members and members participated in the World Leprosy Day Rally – creating awareness on the issue of leprosy with placards and banners. With 5 different Leprosy NGOs taking place in the rally, significant attention was raised as the march started from Maniktala crossing in Kolkata and covered 3-4 Km. stretch of the city.

Udayan boy’s drummer group participated in the rally which attracted the eyes of pedestrians.  The rally disseminated information about the disease of Leprosy, stigma related to it and social integration of leprosy affected people.  The police patrolling van followed the rally and made the rally successful on the busy roads of Kolkata. 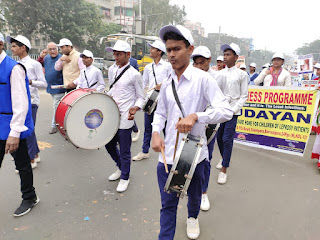